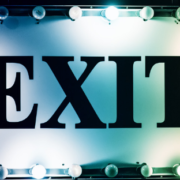 This post is by Giles Ellis, an experienced business coach and Director at GECA Chartered Accountants. GECA offer Succession Planning and other Business Advisory Services.

Set expectations at the beginning

In New Zealand more than 60% of family owned businesses are transitioned to a second generation. However, this process can be fraught with difficulty and often lead to conflict between siblings and generations. Often this is due to the ‘expectations gap’ – that is differences in expectations between the various parties involved in the succession.

Often the expectations of each party when entering into an arrangement are not documented and so misunderstandings occur between the different parties. I recently worked with a client where this mismatch in expectations led to a severe breakdown in family relationships. Something that could easily have been avoided had these expectations been made clear from the outset of their business relationship.

Create a succession plan to document expectations as soon as possible

In this particular instance, the son had joined the family business ten years ago with a verbal understanding that he would succeed his father and take over the business in due course. This is a typical expectation for a family member entering a business even if they may not be the best person to succeed the parent.

The business had several tough years and then a period of growth. During this time the son was employed as a CEO and after about five or six years began asking his father who acted as Managing Director what was happening with succession. Several discussions were held over the years, however, no firm agreement on the way forward was reached. Following increasing pressure from the son, two years ago the father finally engaged advisers to help structure a succession transaction with his son.

Communicate to keep all beneficiaries happy

It was important to both parents that their three children were treated equally. And so this precluded the gifting of shares in the company to the son. Instead, the father proposed the son buy 49.9% of the equity in the company based on an independent market appraisal, over a period of 5 years, and use dividends and a supporting loan from the family trust to enable this. His view was the family estate would be boosted by the amount received for the shares from the son. The son would then get a one-third entitlement to this value in his inheritance.

The proposal came as a great shock to the son. It was his expectation that he would be succeeding his father as owner of the business. He had not considered that his father would expect him to buy the company, especially not at a commercial valuation.  He believed that he had created the value during his ten years as a CEO and that by buying a company at commercial rates he would be rewarding his two siblings for his effort in creating .

Plan for the unexpected

It was a classic case of mismatched expectations. And it was around this time that the father was diagnosed with a terminal illness with only two to three years to live. Suddenly, the succession process took on a new urgency.

Complicating the issue was the appointment of a sibling as a trustee to the family trust that held the shares in the family business. As an aside, this is a problematic issue for many New Zealand family trusts. While there is a desire for family members to support their parents in the event they become incapacitated. If they are beneficiaries as well as a trustee this places them in a difficult conflict of interest position anytime a distribution of trust proceeds is considered.

The sister was of the opinion that the brother was lucky to have a job and should not be given a company without paying for it. This led to a conflict between the brother and sister. In particular, because the original succession proposal provided for the trust to maintain a 50.1% shareholding, in other words, control of the company. As CEO and a part-owner as proposed, this was unacceptable to the brother.

Finding a solution that rewards success

The son rightly identified that if he wanted to game the proposal, as CEO he would manage the business value down in order to secure the remaining 50.1% at a reasonable price.  This would disadvantage his siblings in the process. He also had to consider whether he wanted to buy the company or use what would be a substantial inheritance to retire. He also recognised if he were to exit the business, there would have been a negative impact on business value in the short term.

Ultimately, a succession transaction was structured. The son was given an option to buy 50.1% of the shares in the company each year at a set value. The set value was an agreed increase over prior year EBITDA, therefore, incentivising the son to exceed this in-order to achieve greater dividend return on his shareholding. The remaining 49.9% shareholding was to be valued in the event of his death and the son to buy the shareholdings from siblings at an agreed 10% discount to market value. This was to reflect the brokerage cost of selling a business and to incentivise the purchase of the business by the son from the family trust.

One of the crucial elements of the succession proposal was agreed and the proposal documented the dividend payment policy to enable the structuring of loan payments to pay for the shares.

The above example illustrates the need for documented agreements from the outset of any business relationship, and in between family members. The more informal nature of these working relationships often leads to mismatched expectations which can cause conflict and compromise the business performance.

In particular, the succession of a valuable asset such as a business needs to be managed carefully and with transparency amongst all family members to ensure harmonious family relations. Often family estates can be worth many millions of dollars. Claims on this can be wide and varied, ranging from partners family members to charitable causes. Documenting the succession plan and disseminating provides clarity and transparency to all involved parties and helps maintain the integrity of the family unit.

Read more about Succession planning at GECA. If you need help with a family member succession process, feel free to get in touch with Giles on 0800 758 766.

5 Ways to improve your Airbnb rating
Business growth needs a plan – signup to get your four part guide to creating a successful Business Plan.

Introduce yourself and your program
Or if you have a question on how to grow your business, you can ask it here confidentially and we will respond within a day.
To save you time and money... we need to keep talking

Introduce yourself and your program
Or if you have a question on how to save on tax, you can ask it here confidentially and we will respond within a day.
Scroll to top